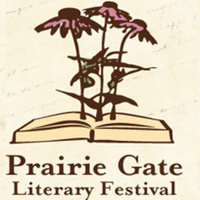 Authors Ariel Gordon and Sarah Stonich will read from their works. A selection of books will be available for purchase before and after the readings. This event is part of the Prairie Gate Literary Festival.

Sarah Stonich is the best-selling author of These Granite Islands (2001), which has been translated into seven languages and shortlisted for France’s Grand Prix des Lectrices de Elle; the critically acclaimed novel The Ice Chorus (2003); and a memoir, Shelter: Off the Grid in the Mostly Magnetic North (2011). Her novel-in-stories, Vacationland (2013), is the first volume in her Northern Trilogy, followed by Laurentian Divide (2018).

Ariel Gordon is a writer from the Canadian prairies/Treaty One territory. She is author of two collections of urban-nature poetry, both of which won the Landsdowne Prize for Poetry at the Manitoba Book Awards. Recent projects include the anthology GUSH: menstrual manifestos for our times, co-edited with Tanis MacDonald and Rosanna Deerchild, and the fourth installment of the National Poetry Month in the Winnipeg Free Press project. Her latest book is Treed: Walking in Canada's Urban Forests.

This activity is made possible by the voters of Minnesota through grants from the Lake Region Arts Council, thanks to a legislative appropriation from the Arts and Cultural Heritage fund. In addition, the PGLF is sponsored by Briggs Library, Briggs Library Associates, the University of Minnesota, Morris Alumni Association, the Multi-Ethnic Resource Center, the Office of the Vice Chancellor for Academic Affairs, the Division of Humanities, the English Discipline, the Commission on Women, and private donations.