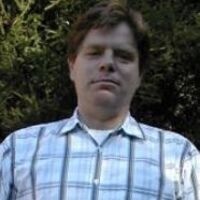 The Philosophy Discipline and student Philosophical Society are co-hosting a zoom conversation with David Coady about "What Should We Think about Conspiracy Theories?"

David Coady is Senior Lecturer in Philosophy & Gender Studies at the University of Tasmania. Coady’s research covers a wide variety of philosophical topics. Most of his current work is on applied philosophy, especially applied epistemology. He has published on rumour, conspiracy theory, the blogosphere, expertise and democratic theory. He has also published on the metaphysics of causation, the philosophy of law, climate change, cricket ethics, police ethics, and the ethics of horror films. He is the author of What to Believe Now: Applying Epistemology to Contemporary Issues (2012), the co-author of The Climate Change Debate: an Epistemic and Ethical Enquiry (2013), the editor of Conspiracy Theories: the Philosophical Debate (2006) and the co-editor of A Companion to Applied Philosophy (2016).

Is this a virtual event?