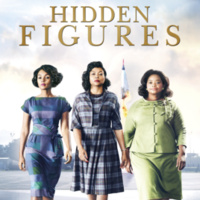 Join the Poltical Science Honor Society, BSU, WOCA, and the African and Black American Studies Department for a showing of Hidden Figures.  There will be pizza, beverages, and ice cream!

A short discussion will follow the film. This event is open to all of campus regardless of major!

Hidden Figures film despcription: "Three brilliant African-American women at NASA -- Katherine Johnson, Dorothy Vaughan and Mary Jackson -- serve as the brains behind one of the greatest operations in history: the launch of astronaut John Glenn into orbit, a stunning achievement that restored the nation's confidence, turned around the Space Race and galvanized the world."